In The Dying Day, a 600-year-old copy of Dante’s The Divine Comedy vanishes from Bombay’s Asiatic Society. The case lands on Inspector Persis Wadia’s desk. Uncovering a series of complex riddles written in verse, Persis – together with English forensic scientist Archie Blackfinch – is soon on the trail. But then they discover the first body…

But what exactly is such a valuable copy of The Divine Comedy doing in India? Read on to find out…

Deep in the vaults of a Mumbai bank is one of the world’s great treasures. Every few years this priceless artefact is transferred to Mumbai’s Asiatic Society, under armed guard, where it is put on public display. The treasure in question? A copy of Dante Alighieri’s La Divina Commedia – The Divine Comedy – purportedly, one of the two oldest in the world, over six centuries old.

The Bombay Branch of the Royal Society of Great Britain and Ireland has been around in one form or another in India’s ‘city of dreams’ since 1804 when James Mackintosh, a chief justice of the Bombay High Court, established a literary society in the port city. In the two centuries since, the society has grown, evolving into both an impressive storehouse of rare books and manuscripts, and a hub of intellectual endeavour. Today it is called, simply, the Asiatic Society, Mumbai.

The society houses a multitude of treasures: a five-tola coin from Emperor Akbar’s reign; a wooden bowl reputed to belong to Gautama Buddha; ancient maps from around the world, manuscripts so old they are written on palm leaves. And, of course, a priceless collection of books. A Shakespeare First Folio dated 1623 – there are only about 200 known copies in the world; a copy of both volumes of Voyages to the South Pole and Round the World by James Cook dated 1777; a two hundred-year-old History of the World by Sir Walter Raleigh. In the Classics section, you can find a book on Greek grammar dating to 1495. An 1859 first edition of Darwin’s On The Origin of Species by means of Natural Selection is another rare treasure, as is Ovid’s Metamorphoses, a fully-illustrated work printed in Venice in 1553.

But undoubtedly the most valuable artefact owned by the society is Dante’s masterpiece.

The manuscript was, supposedly, brought to the Society by a Scotsman – Mountstuart Elphinstone, former Governor of Bombay.

For the uninitiated, Dante’s epic poem deals with the passage of Man’s soul through the three stages after death – Inferno (Hell), Purgatorio (Purgatory) and Paradiso (Heaven). Historically, the work is important because it established the Tuscan dialect as Italy’s national language. Such was the fame of the manuscript stored at the Asiatic Society in Bombay that Italian dictator Benito Mussolini is reputed to have offered £1m for its return in the 1930s, perhaps to Milan where the other oldest copy of The Divine Comedy is held. (Mussolini was a huge Dante fan.)

The mythology that surrounds the manuscript – and the undimmed global passion for Dante – as evidenced by the hundreds of Società Dante Alighieri that have been established around the world – is enough to ensure the ongoing popularity of La Divina Commedia.

As for the Asiatic Society… Today the historical treasures stored at the Society continue to attract visitors, demonstrating the dual feelings many modern Indians maintain towards the British era – abhorrence at some of the cruelties of empire, as well as fondness for a people whose presence impacted every aspect of their lives for three centuries.

Reviews for The Dying Day:

‘This is a crime novel for everyone; for those who love traditional mysteries there are clues, codes and ciphers, but it also had a harder edge and a post-war darkness. Brilliant‘  Ann Cleeves, creator of the Vera and Shetland series

Find out more about the Malabar House series at www.vaseemkhan.com 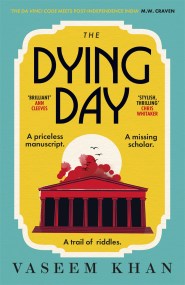 A priceless manuscript. A missing scholar. A trail of riddles.

For over a century, one of the world's great treasures, a six-hundred-year-old copy of Dante's The Divine Comedy, has been safely housed at Bombay's Asiatic Society. But when it vanishes, together with the man charged with its care, British scholar and war hero, John Healy, the case lands on Inspector Persis Wadia's desk.

Uncovering a series of complex riddles written in verse, Persis - together with English forensic scientist Archie Blackfinch - is soon on the trail. But then they discover the first body.

As the death toll mounts it becomes evident that someone else is also pursuing this priceless artefact and will stop at nothing to possess it . . .

Harking back to an era of darkness, this second thriller in the Malabar House series pits Persis, once again, against her peers, a changing India, and an evil of limitless intent.

Gripping, immersive, and full of Vaseem Khan's trademark wit, this is historical fiction at its finest. 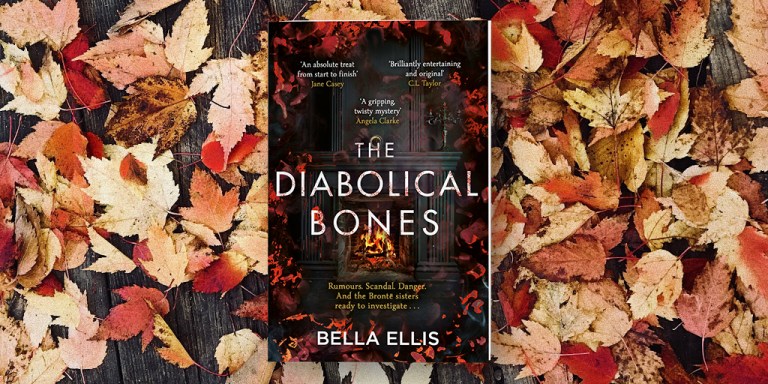 Read an extract of THE DIABOLICAL BONES by Bella Ellis