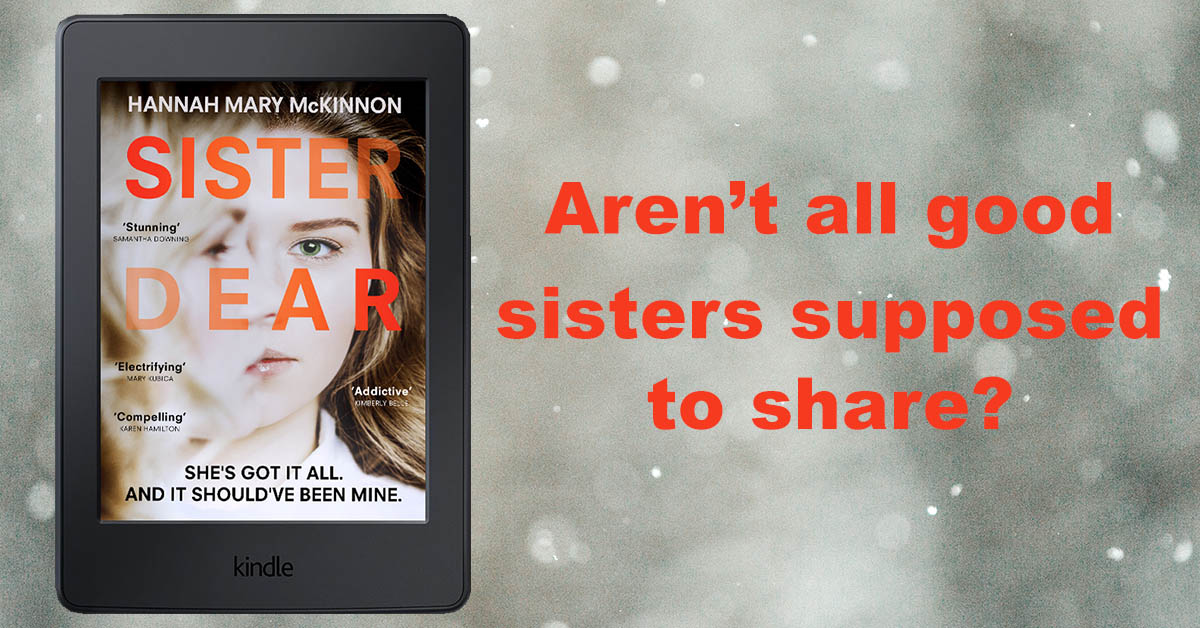 Enjoy a free extract from Sister Dear, the crime thriller of 2020 that will have you OBSESSED.

‘Sister Dear drew me in, had me hooked and I was never really sure what to expect or who to trust. I thought it was dark, twisty, compelling and also heartbreaking. Unputdownable.
Karen Hamilton, bestselling author of The Perfect Girlfriend

‘Loss, love, revenge, buried secrets and greed add up to make Sister Dear an electrifying read. If you think you know where this story is headed, watch out. Hannah Mary McKinnon has a few tricks up her sleeve. A must read!’
Mary Kubica, New York Times bestselling author of The Good Girl and The Other Mrs

‘A grieving daughter, a jealous sister – nothing is as it seems in Hannah Mary McKinnon’s latest slow-burn suspense, Sister Dear. This one creeps up the back of your neck then explodes into an ending that I guarantee you won’t soon forget. Smart, addictive, and genuinely surprising’
Kimberly Belle, bestselling author of The Marriage Lie and Dear Wife

The police didn’t believe me.
A jury wouldn’t have, either, if I’d gone on trial, and most definitely not the judge. My attorney had more than a few reservations about my story. Ms. Allerton hadn’t said as much. She didn’t need to. I saw it in her eyes, could tell by the way she shuffled and reshuffled her papers, as if doing so might shake my lies clean off the pages, leaving only the truth behind in her inky, royal blue swirls.