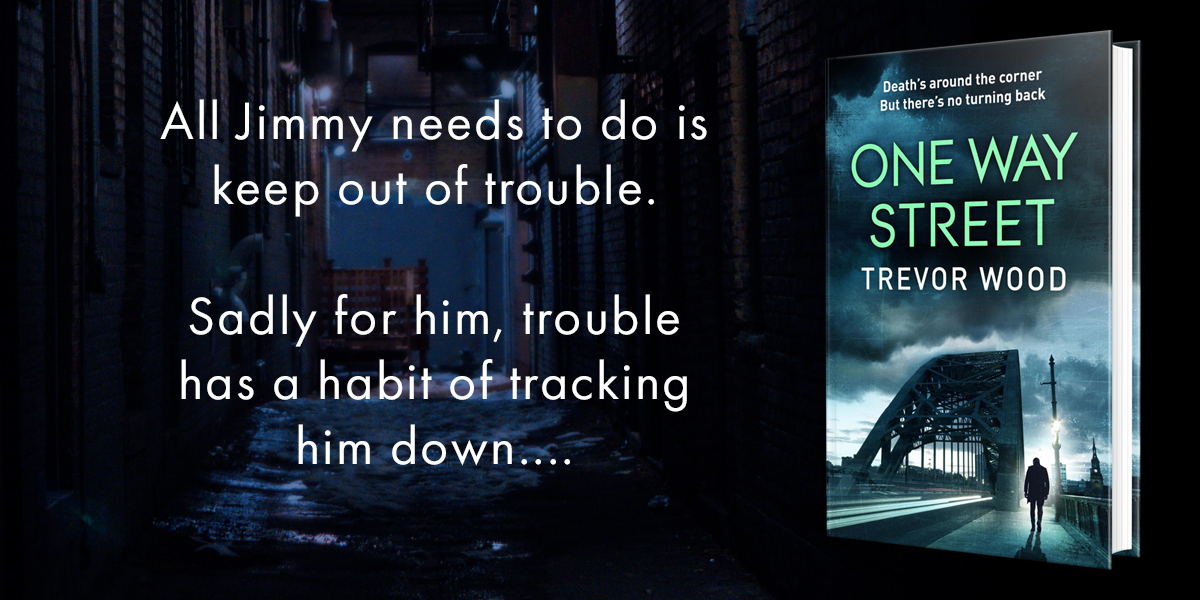 If you’re a fan of Ian Rankin and Val McDermid, Trevor Wood needs to be on your radar. One Way Street is the second gritty Newcastle-set thriller in this unforgettable series about a homeless veteran turned local sleuth and vigilante. A series of bizarre drug-related deaths among runaway teenagers has set the North East’s homeless community on edge.

Want to find out more? Start reading the first chapter below….

The giant metal monsters were closing in on him. The kid was screwed. He couldn’t feel his hands and his body temperature was all over  the place, one minute freezing, the next sweating his cobs off. But all of that was nothing compared to his certain knowledge that any second now he was going to be stamped to death by a Transformer. The bastard things were everywhere.

A sudden wave of nausea swept over him and he crouched down, trying not to vom. A couple of minutes ago he’d been starving,  desperately searching for food, now he wanted to get rid of the little he’d eaten. He cursed the day she’d tempted him with that spice shit – had sworn it was ‘what he really, really wanted’, laughing as she did. He had no idea why. He giggled, putting his hand over his mouth to cut the sound off. If they found him he was a dead man.

He waited for several minutes until he felt a little better, his head clearer, his stomach less likely to empty its contents on the ragged concrete, then glanced around.

It was getting dark now and he had trouble adjusting. His eyes flicked from one thing to another, never focused on anything for long enough to recognise it until he looked up and a vague sense of reality kicked in. Gutted cars were piled high, towering over him, empty shells, waiting for the crusher. Not Transformers then. Just a scrapyard.

Thank fuck for that.

One of the few things he knew anything about was cars – he’d nicked enough of them – and he recognised the bare bones of some classics, even a newish-looking Range Rover.

His mum used to say that everything was disposable ‘these days’ – turned out she was right. He just wished the list didn’t include him. Wanting to take a better look he stood up too quickly and immediately felt sick again, ducking straight back down behind the shell of an old BMW, trying to get his breath under control, to stop his heart racing.

It wasn’t easy, not with them still after him, their knives ready to carve him open. If he listened carefully he could hear them whispering.

A dog barked in the distance. A guard dog? He hoped not, though he was good with dogs, wasn’t he? His dad used to have a dog. No, not his dad, he’d never known him.

Someone else then. Couldn’t remember who. His friend? He flinched as he heard footsteps somewhere close by but then there was nothing until a creak of metal made him look up. One of the higher cars seemed to sway in the wind. He followed it with his eyes, then the rest of his body, until a flickering beam of light caught his attention.

The kid tried to focus on where the light was coming from but was overcome with another wave of nausea and had to put his head between his knees. When he glanced up again the light was gone. A passing car? He listened for the sound of an engine but all he could hear was a far-off chorus of ‘We Wish You A Merry Christmas’ which he quietly sang along with until he ran out of words. Something about glad tidings? Whatever they were he was pretty sure he’d never got any.

The light hadn’t come back so he tried to move on, grabbing at the wing mirror of the car to pull himself up but failing miserably, unable to grip it with his fingers, unsure whether the numbness was from the freezing cold weather or the drugs. Bit of both, probably. Somehow, eventually, he scrambled to his feet and looked around. No sign of anyone.

All quiet now. He had to get a grip, find somewhere to crash for the night. Sleep it off.

He ran to a small Portakabin on the other side of the scrapyard. The door had a big flash bastard lock on it and the windows were boarded over, solid wood as well, none of your flimsy chipboard shite. Whoever owned this place wasn’t taking any chances. The kid was pretty good at breaking into places – again, he’d had plenty of experience – but this looked tough. He fumbled in his pocket for his picks but his fingers were so numb he couldn’t even pull them out. He gave up.

You always give up too easily.

The voices were back.

Something flew past his head – not a bird though, a bat  maybe? He shivered and pulled his parka around him. The zip was busted and the hood long gone but it was usually enough to keep the chill off. Not tonight though. The cold had finally beaten off the sweats. He knew that if he stayed there he would die – one way or another. He had to find somewhere warmer and safe, somewhere they couldn’t find him.

More noises behind him, a shout, something banging repeatedly – the gate to the yard? He’d climbed over it but they must have had a key. They could get in anywhere. He scooted behind a huge pile of old tyres, an unlit bonfire waiting to cast its stinking fumes over the neighbourhood.

The place was toxic enough but that would really mess it up.

Light the fire. Burn the place to the ground.

That voice again. He resisted, not sure if it was his voice or someone else’s, someone trying to trick him. Listening to it had got him into trouble before, a lot of trouble.

Behind the tyres was a large industrial waste bin, next to the fence, a chance to escape. He clambered onto the bin and looked up. Only six feet or so to go, not a problem for a monkey like him. Not so the razor wire that ran along the top from corner to corner. No chance of getting over it without being cut to ribbons.

The kid jumped down again. The voices were much closer now, their whispered promises filling his head. Something else too. Definitely footsteps this time. Loud and clear. He had to hide and he had to hide now. He pushed open the lid of the bin and pulled himself up. He couldn’t see to the bottom but the smell was rank and he could hear something scuttling around inside.

A beam of light shot up the fence about twenty yards to his right. He took a deep breath and threw himself into the bin, the lid slamming closed behind him.

Want to read more? Order the hardback here, or download it straight to your ereader. 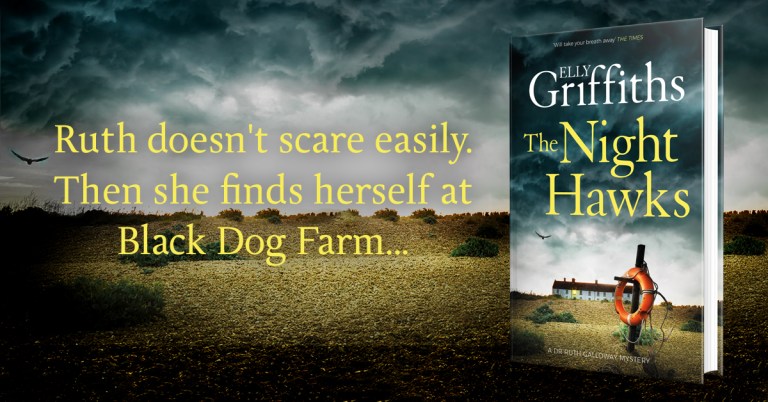