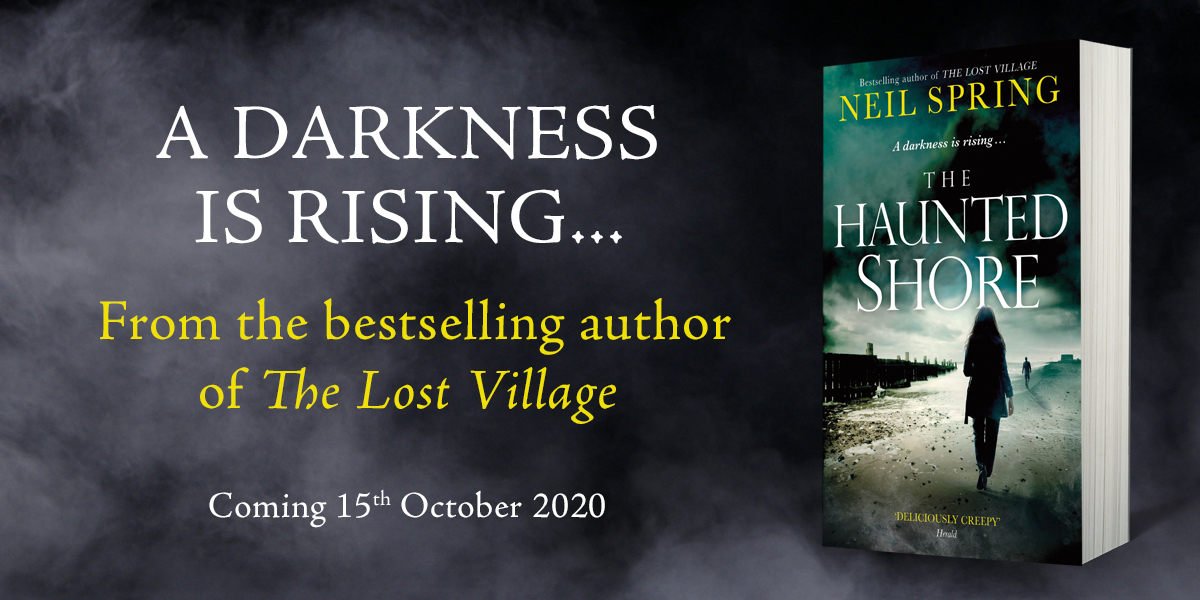 Bestselling author Neil Spring’s new novel The Haunted Shore, is a chilling ghost story based on real-life historical events and and the haunting wilderness of Suffolk. Here, Neil tells Crime Files how he used these elements as inspiration for The Haunted Shore.

A bumpy narrow track leads to the remotest part of Suffolk. It snakes through a wilderness of mudflats and forests and farmlands, estuaries and heathland.

The first time I turned onto that track and felt its eerie isolation, the first time I stood there on the dark stones and listened to the pull and push of the waves, I knew – there was a novel here at Shingle Street, waiting for me.

That’s how novels come to me, usually. Like spectres rising out of the darkness, locations suggest themselves. They intrude. Long before the characters who eventually step forth to inhabit them.

With its Martello towner and impressive wartime history, Shingle Street is surely one of the most haunting landscapes in Britain. A wild sequestered spot. Creepy. For here, beauty and bleakness coexist; a coast strewn with secrets. This is where the first experiments with radar were conducted, and later, nuclear bomb experiments. Remote. Desolate. And the ideal location for a supernatural thriller? I thought so.

Since the Second World War, disturbing legends have plagued the tiny hamlet of Shingle Street in Suffolk. Legends of a sea that burned and 3000 soldiers’ bodies watched ashore, mysteriously ravaged by fire? Is there any truth to these legends? What is their meaning?

I’ve thought long and hard about those questions. The result is The Haunted Shore.

The novel follows Lizzy Valentine, a young woman who returns home to care for her gravely ill father, only to begin envisioning spirits and uncovering dark secrets in her family’s past.

The Care of Strangers

The novel addresses themes like the father-daughter bond, but also the horrors that can come with old age – dementia, isolation, loneliness.

Amongst all the heart breaking reports of aged care, there are many cautionary tales. Chief amongst them, are the dangers that can come from entrusting a loved one to the care of strangers.

In the novel, Lizzy’s family lean on the help of a live-in carer – Hazel. A stranger. An outsider, whose arrival coincides with a number of bizarre occurrences leading to Lizzy feeling ever more isolated and doubting her sanity as she strives to protect her father.

Soon, Hazel threatens Lizzy’s sanity, even her father’s life. She appears to wants everything Lizzy has.

At least that’s what mentally drained Lizzy believes. Can Lizzy prove her suspicions or is she the one unravelling?

With identities in flux, even Lizzy’s brother suspects her of mishandling their father’s financial affairs.

Worse, the old man is deteriorating, hearing voices, seeing things that aren’t there; and Hazel seems intent on bringing him down.

Why, who is Hazel? A dangerous fantasist? A clever swindler? And how is any of this connected to the secrets of the haunted shore? 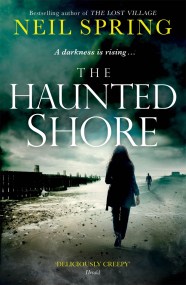 'A spooky and unsettling tale about strangers, love and deceit' Sunday Express

'A story about retribution, deceit, and guilt about allowing strangers to care for loved ones - as well as a hint of the supernatural' Sun

When Lizzy moves to a desolate shore to escape her past, she hopes to find sanctuary. But a mysterious stranger is waiting for her, her father's carer, and when darkness falls, something roams this wild stretch of beach, urging Lizzy to investigate its past. The longer she stays, the more the shore's secrets begin to stir. Secrets of a sea that burned, of bodies washed ashore -- and a family's buried past reaching into the present.

And when Lizzy begins to suspect that her father's carer is a dangerous imposter with sinister motives, a new darkness rises. What happens next is everyone's living nightmare . . .

From the bestselling author of The Ghost Hunters and The Lost Village, The Haunted Shore is a terrifying tale of suspense that does not let up until the last page is turned.


'Imbued with addiction, loss, regret and the fallibility of memory . . . a perfect read for the Halloween season and beyond' Starburst