A book that unfolds with an eerie, deliberate power; one to savour.
Martin Walker 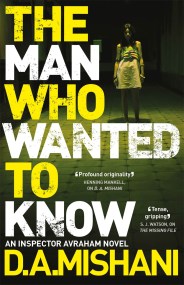