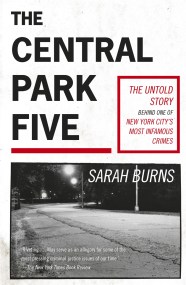 The case of the Central Park Five is being revisited with a new acclaimed Netflix limited series on the subject, When They See Us, directed…